All members are being reminded to take all items solicited for the Mandeville Infirmary project to our upcoming meeting on July 8.

Members are advised that the nominating committee met and recommended that all members who are up for re-election at our AGM on Saturday July 8 be returned en-bloc. Be reminded however,
that under our By-Laws, any member in good financial standing can nominate another person to fill any of the vacancies.
Please be reminded also that under our By-Laws the president is not up for election this year.

The Ex-Correctional Officers Association Of Jamaica is a non-profit body dedicated to bringing awareness to young people about the consequences of incarceration, providing assistance for financially challenged students entering college and assisting with the health care of patients who are confined to Infirmaries.

Membership is open to all former employees of the Department of Correctional Services in Jamaica, their relatives, and friends of good and reputable standing.

We are currently seeking items of food, clothing, medical equipment, and adult pampers for our next Infirmary Project.If you would like to donate any of these items please contact us.

Members are being advised that we have stepped up our efforts to get items for our Infirmary project. We would like to ship these items to the Infirmary (Manchester) in Jamaica, by the third week of November.
Among the items being sought are canned foods, walkers, clothing in good condition, Deodorant, soap, Toothpaste, Tissue, Lotion, Hair,oil, Disposable razor, nail clips, Toe nail Clippers, Pillows,Blood pressure machines, Adult Diapers, Bed Linen, Thermometers, Disposable gloves, and wash rags and towels.
Members are being asked to solicit as many of these items as you possible can from your local communities.If assistance is needed to get these items, please contact our secretary to discuss the matter.

Our Association was the proud recipient of the Jamaica Ex Soldiers Association ‘s Community Service Awards. President Ronnie Hammick accepted the award during a glittering ceremony at Antuns Banquet Hall in Queens Village on Saturday September 16, of this year (2017)

INSPIRING TIME AT SIGHT AND SOUND

Many of our members, friends and supporters were in Pennsylvania at the Sight and Sound Theatre for the showing of the Biblical story Jonah. We have become accustomed to the amazing and professional performances associated with the Theatre.
This time, September 16, was no different. The experience was as inspiring as always, and from all accounts was thoroughly enjoyed by all. We want to again express our sincere thanks to our friends and supporters for their continued support and to our dedicated members for making this trip a reality.

Our Association is currently soliciting items of clothing, un – perishable foods, medical equipment and adult pampers for our Infirmary project in Jamaica.
Please contact us if you wish to donate to this worthy cause. 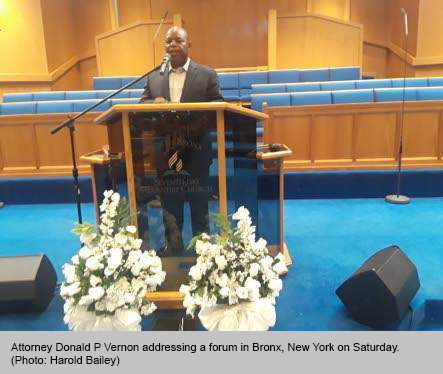 NEW YORK, United States — A leading defence attorney in the Jamaican community here, Donald P Vernon, has warned against felony conviction, saying it can cause a loss of assets and seriously affect one’s immigration status, including the deportation of anyone convicted of felony offences. He also warned Saturday that the cost of defending an […] 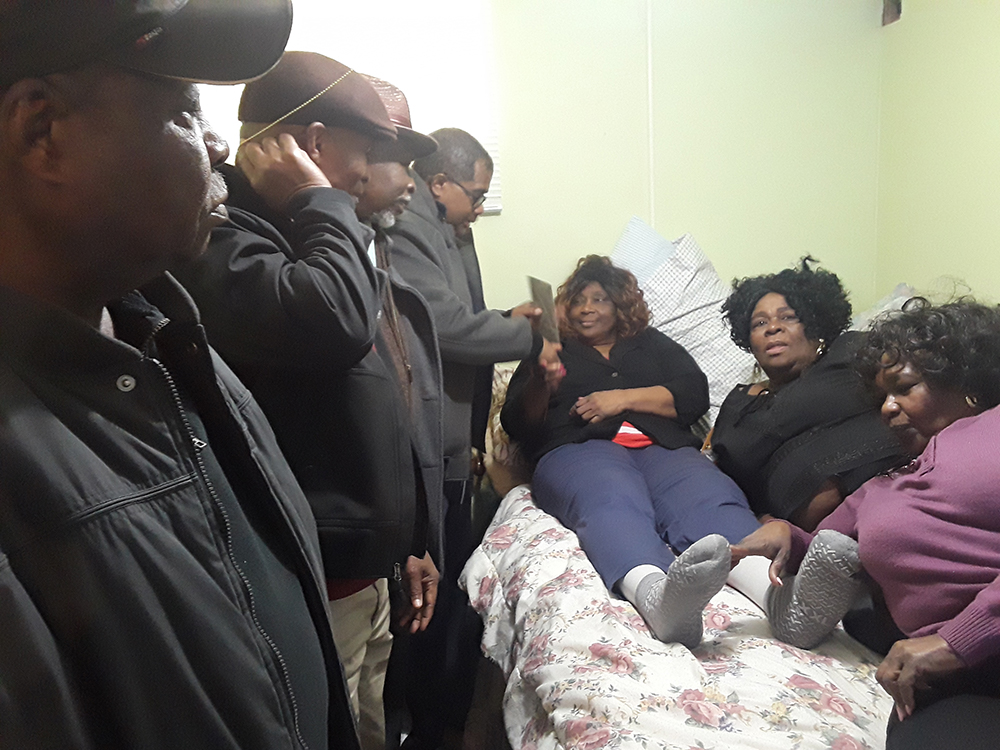 Some of our members during a visit to Connecticut to visit member Ferris McLean-Edwards who is recovering from surgery. We wish her a speedy recovery.

There is good and unfortunate news concerning plans for our annual attendance to the Sight and Sound Theater in Pennsylvania this year. The good news is that  we already have a full Bus load, while there are 14 other people we were planning to accommodate in another Bus. Unfortunately no further tickets are available for […]

Members are being advised that our second Boat Ride is set for Saturday August 25. Sailing will be from Sheepheads Bay in Brooklyn. All members, supporters and others are being asked to note that there is a new time for sailing. This will now take place from 7 p.m. to 11 p.m. as there is no longer any […] 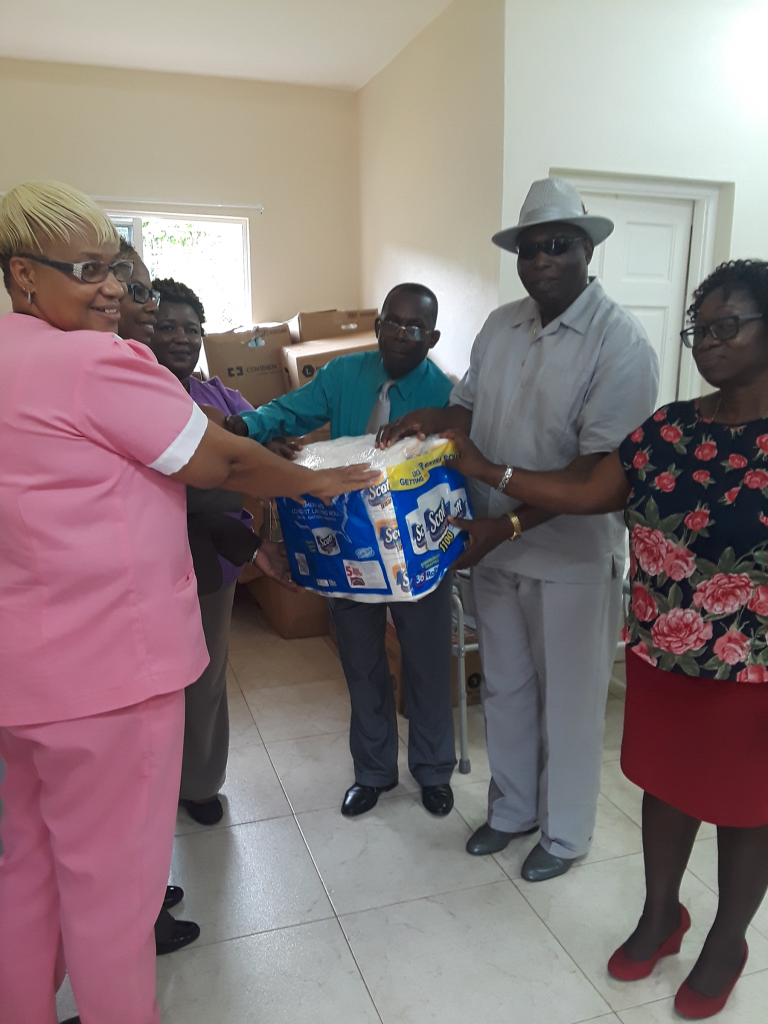 In keeping with our mission of helping with patient care at Infirmaries in Jamaica, our association handed over a consignment of food items, clothing, medial equipment, toiletries and adult underwear to the Manchester Infirmary on March 28. It marked the 4th such occasion that we have undertaken this gesture. The other Infirmaries that have benefited […] 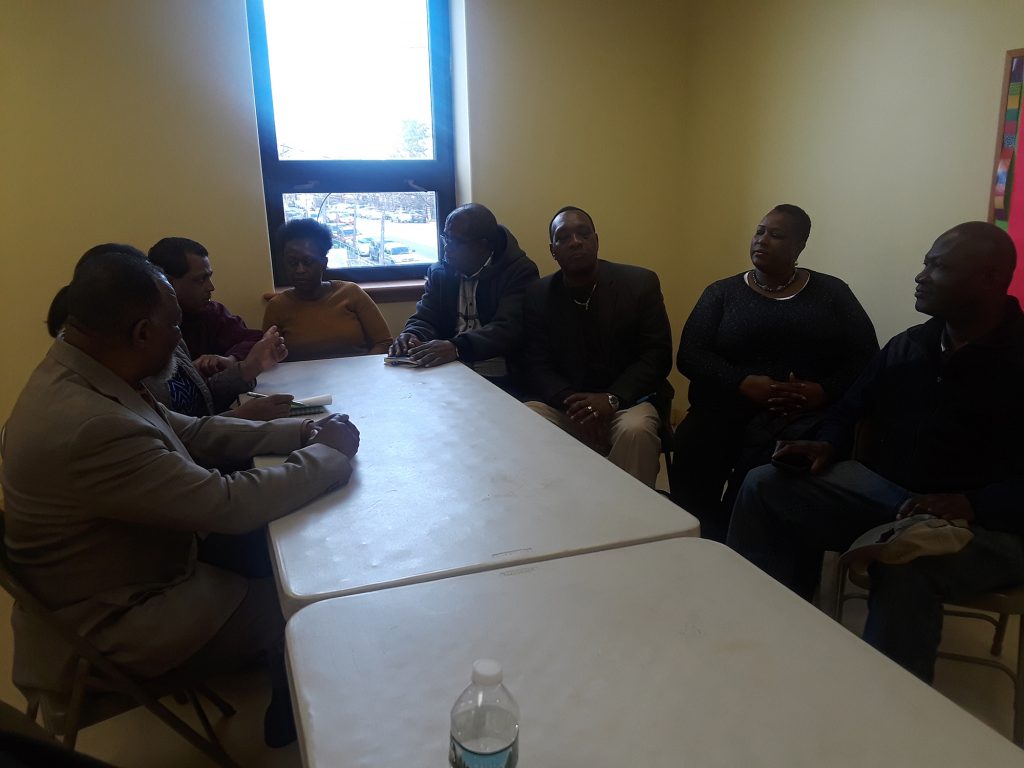 SEMINAR ON HOW TO PREVENT INCARCERATION IN THE MAKING

We are entering a period of negotiations with the North Bronx Seven Day Adventist (SDA) church, to conduct a seminar aimed at bringing awareness to young people in particular, about the consequences of incarceration. June 10, 2018 is the proposed date, and our association and the church will seek to partner with  law enforcement agencies – […]

Results of the Raffle conducted at 2018 Fundrasising and Awards Banquet on Saturday May 19.

Members are reminded of our Fundraising dance on Saturday December 2, as well as our annual Banquet on Saturday May 19, 2018.